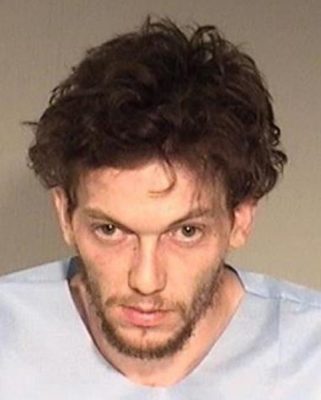 Dylan Joseph Farber,  30, escaped from the Dodge County Jail at approximately 2 a.m. on Oct. 13. Farber, last known address is in the city of Fox Lake, WI, was being held at the Dodge County Jail on a $2,000 cash bond for felony charge of fleeing and eluding a law enforcement officer, and currently has open charges and was being held for Dane County and Green Lake County.

Farber was last seen on foot in the city of Juneau and was wearing khaki pants, green shirt and orange croc type shoes. Dodge County Sheriff’s deputies with the assistance of Beaver Dam Police Department and their K9 unit responded and did conduct a search of the area.

Farber should be considered dangerous. If any contact is made, members of the public should not approach or attempt to apprehend Farber; call 911 immediately. Anyone with information on Farber’s whereabouts should please contact the Dodge County Sheriff’s Office at (920) 386-3726.

**UPDATE**
Report of a stolen vehicle in the city of Juneau and reported to have occurred overnight. Investigators currently believe a high degree of probability this vehicle was stolen by Farber sometime after 2AM.

The stolen vehicle is a 1999 GM Suburban, tan in color. It can also be identified by WI license plate number 518ZXT. Anyone with information that is not current please contact the Dodge County Sheriff’s Office at (920) 386-3726. If members of the public see this vehicle and know its current location, do not approach or attempt to make contact but please call 911 immediately.

The Dodge County Sheriff’s Office has been advised by the Wauwatosa Police Department that they have taken Dylan Farber into custody on our warrant. He is currently being transported back to Dodge County and additional charges will be requested of the District Attorney’s Office minimally to include Escape. The Sheriff’s Office would like to thank those who assisted in the search and specifically the Wauwatosa Police Department for their efforts in taking him into custody. As follow up, the sheriff’s office will be continuing a thorough investigation into what occurred so as to ensure this same type of incident does not occur again in the future.