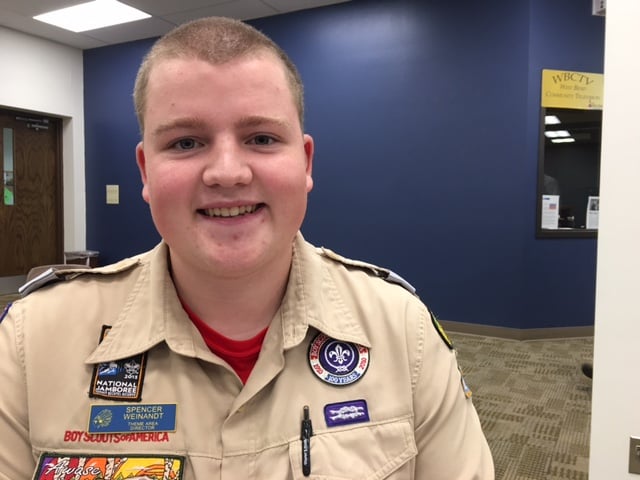 The kiosk is on the Eisenbahn State Trail just to the south of East Water Street, across from Dublin’s restaurant.

Weinandt is part of Troop 762, Moose Lodge. He’s been in scouts 13 years and said he’s learned about leadership and developing as a person. 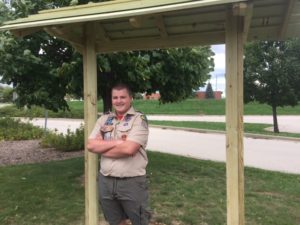 Weinandt has donated the kiosk to the city; it will be maintained by the Parks Department.