April 24, 2019 – Township of West Bend, WI – On Wednesday, April 24, 2019 at 1:17 p.m., Deputies from the Washington County Sheriff’s Office were dispatched to a two vehicle crash with injuries at the intersection of Highway 33 at Nabob Drive in the Township of West Bend.  Allenton Rescue was dispatched to the scene to treat the injured parties.  West Bend Intercept Rescue was also requested to assist Allenton Rescue. 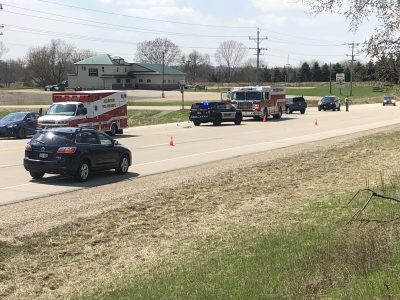 Speed, weather, and road conditions are not believed to be factors in the crash and the Washington County Crash Reconstruction Unit responded to investigate further.

This is Washington County’s fourth traffic fatality in 2019.

No further information is being released at this time as the crash remains under investigation.