Jan. 26. 2019 – West Bend, WI – In December 2018 an article was posted at WashingtonCountyInsider.com regarding the pharmacy at Shopko transferring prescriptions to Kroger-owned grocery stores. Following that article, questions arose about the future of the store. Today, we have answers. 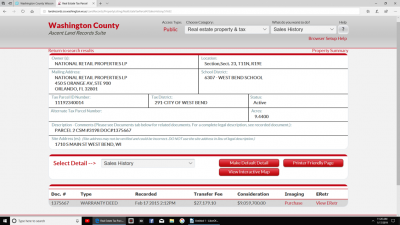 On February 17, 2015 the property was acquired for $9,059,700 by National Retail Properties of Orlando, Florida.  According to their website, they are a Real Estate Investment Trust that owns over 2,800 properties, 34 of which are in Wisconsin.  In their 2017 Annual Report they note that across their portfolio they had an occupancy rate of 99%.

Longtime residents can probably think of other examples of South Main business properties being repurposed. 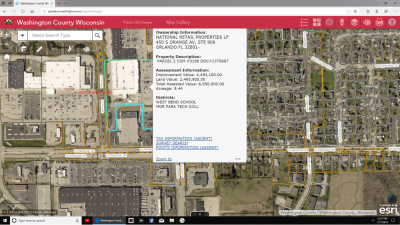 Shopko is based in Ashwaubenon, WI.