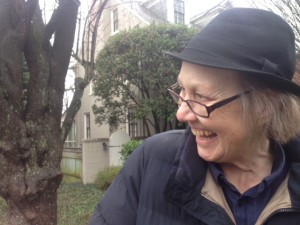 While in Washington D.C. at the Great Minds Gala I had a few hours to put my sightseeing hat on and pound the pavement of the Wardman Park area where I was staying. It was mid morning and there was still a bit of on-and-off mist. Temperatures were in the upper-40s so I buttoned up my jacket and put my ear warmers on and headed out toward the National Cathedral. I got about 20 minutes into my self-guided tour when I witnessed an elderly woman with a shuffling gait on the opposite side of the street. The neighborhood was tidy with older homes and the customary budding pink tulip and D.C. cherry trees in nearly every yard.

Daffodils, crocus and pansies had all shown their faces.

The elderly woman was bundled up and appeared she was out for a breath of fresh morning air. I tossed a friendly “good morning” to the woman who slowed her shuffle, cocked her head to get a look across the street; then she broke out an endearing, but somewhat anxious smile. 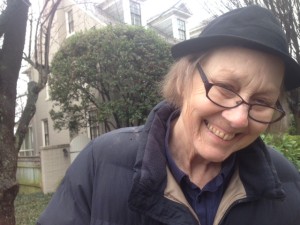 She returned my salutation, hesitated, then cheerfully asked, “Do you know where Wood….” and then became lost in her train of thought as she struggled to remember the street she lived on.

I crossed the street to see if I could lend a hand. Peg had been out for her morning walk and couldn’t seem to find her way back home.

We started walking. My map showed she was a good six blocks or so out of her way. I told her we’d muddle through together; she heartily accepted.

Along the way we chatted about her family, her job and her age, which she claimed was 62. She was clearly much older and, I’m quite sure, not still working a day job where she supervised students at a local college.

We walked at a slow gate as she struggled to maintain her balance at times and needed to briefly catch her breath. Her countenance was delightful and I think my encounter with her was intended for such a time as this.

I couldn’t help but consider the irony of my chance meeting with Peg at a time when I was being recognized for an award that lent recognition as an Alzheimer’s caregiver. 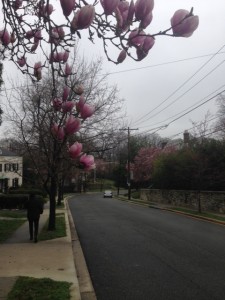 Peg reminded me so much of why I do what I do, and why my passion to cycle to bring awareness to the needs of those suffering with dementia, as well as their caregivers, is so important. We are on this ride together. We need each other, like Peg needed me and, likewise, I needed HER.