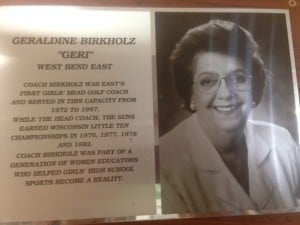 On Saturday, former Green Bay Packer Paul Hornung will be in West Bend for a card show at the Moose Lodge.
In 1958 Geraldine Birkholtz, a former West Bend teacher, attended a post game Packer party at Hornung’s home. “I was dating a fellow from Appleton, Danny Ornstein,” she said. “His crowd always went out after the game and I think the Packers beat the Bears that day.”

After the game, Birkholz’s date gave her some options. “He said, do you want to go out with my single friends, my married friends out to dinner or do you want to go to Paul Hornung’s for a cocktail party.” Birkholz responded, “There’s no choice – that’s pretty obvious.” 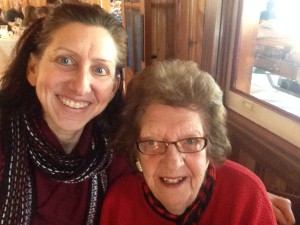 The couple made their way to Fisk Avenue in Green Bay. The party was just getting started when they arrived. “I met him,” she said of Hornung. “He was tall and blonde and a good looking guy.”

Hornung lived in a house with a couple other Packer players including Jesse Whitenton.

For several months Hornung had a reporter from True, A Man’s Magazine follow him around; the magazine was described in the 1960s as “high adventure, sports profiles and dramatic conflicts.”

“That whole evening I was there was written up in that magazine,” said Birkholz.

Matter of fact, the writer from New York started talking to Birkholz. “He was short but he started shining up to me,” she said.

She recalled Hornung poured her a scotch and they were talking and a version of that came out in the magazine. “We were in the kitchen and the article said this fellow came up and talked to me and then he ‘pushed her toward the pantry.’ There was no pantry in that house,” laughed Birkholz.

After the party ended it was several months before the article on Hornung came out. “One of the teachers, Bob Schumacher, came running up to me and said, ‘Birkholz, what were you doing at that party?’ That was the day I found out what teachers subscribed to that magazine,” she said.

The article described what Birkholz was wearing. “We all dressed up for the games back then,” she said. “I was a size 8 and I had a nice wool dress and 3-inch heels.”

Birkholz said the party was great fun. “We would talk to people. At that kind of thing you just walk around and visit,” she said.

At one point in the evening Birkholz recalled there was a knock at the back door. “Everybody was busy so I answered and it was kids who wanted to get the autographs from the players. I said, ‘oh boys… come back tomorrow, they’ve been playing football all afternoon.’”

Birkholz said many of the guests were amazed how she handled the children with such ease. “I just laughed and said, ‘Well I am a teacher.’”

Paul Hornung will be at the West Bend Moose Lodge signing autographs starting at 10 a.m. on Saturday.

Previous articleTaking comments and memories about Dick’s Pizza
Next articleKind words and fond memories during visitation for Doug Ziegler, 89