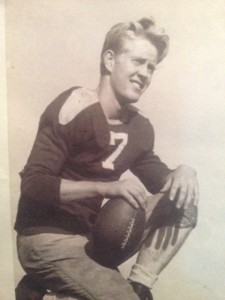 A steady stream of well wishers gathered at Fifth Avenue United Methodist Church on Thursday afternoon to pay their respects to the family of R. Douglas Ziegler. The local community leader who left a legacy of civic engagement and dedication to education died Saturday, March 5; he was 89.

“I met Doug years and years and years ago – I was a shoeshine boy at the West Bend Country Club,” said Lee Krueger. “That was 1956 and I was 15 years old.”  Krueger recalled writing about Ziegler in his book, ‘A Collection of Histories, Stories and Memories of the Farms and Lakes.’  “I talked to him about the Ziegler Dairy; he was the guy in charge by the old West Bend High School.” 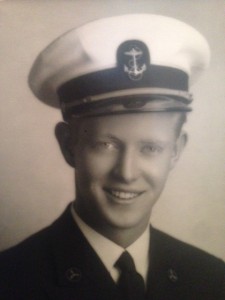 Herb Tennies first met Doug when he was in high school in 1954. “He was always great with you and interested in the community and the growth of our young people and he could help with scholarships,” Tennies said. “Matter of fact my youngest son Stevie was the winner of a Ziegler scholarship.”

Kevin Steiner said he moved to West Bend with his wife in 1994 and the first organization he joined was United Way. “Immediately I found out about Doug Ziegler,” Steiner said. “From that point forward every organization I touched had a stamp of Doug or Sharon Ziegler on it,” he said listing off the West Bend School Board, Riveredge, the Volunteer Center.  “The passion he had for this community was just amazing.”

“Doug and I were in the same class in high school; the class of 1944,” said Marion Otto Ward, 89.  “He and Bob Rolfs used to be good friends and they used to race their cars back and forth from West Bend down to Jackson because Phyllis Leisner lived in Jackson.  I think they liked her – she was a blonde.”

The topic of two-martini lunches came up and Meier quickly debunked that conversation. “True story, we went down to the securities department in Madison to get our licenses for brokerage and Doug went along and he said ‘we’ll take you out to lunch’ and do you know where he took us? McDonald’s!  But that was Doug, he was very thrifty.”

Jerry Henckel, 78, grew up on Big Cedar Lake with Ziegler. “I saw him quite regularly. I have a lot of respect for him,” he said. 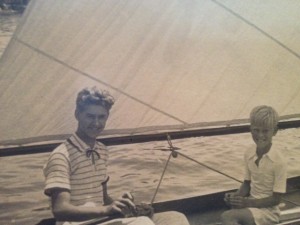 There will be a Memorial Service at Fifth Avenue United Methodist Church, 323 S. 5th Avenue, West Bend, on Friday, March 11 at 10 a.m. Private inurnment will be in Washington County Memorial Park. 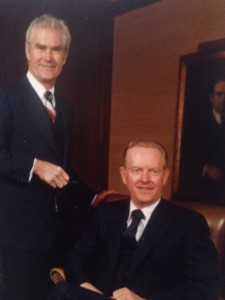