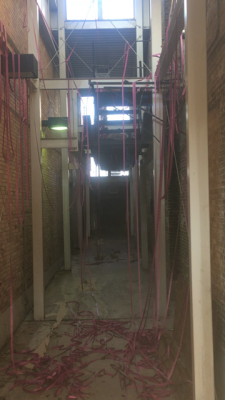 May 17, 2017 – West Bend, WI – West Bend Police have taken four teens into custody in connection with a storyWashingtonCountyInsider.com reported on Tuesday about vandalism to the downtown West Bend Theatre, 125 N. Main Street.

On Tuesday May 16 2017 at 8:45 a.m., a City of West Bend employee found the rear door to the downtown West Bend Theatre unlocked.

Police checked the building and observed thousands of old movie tickets scattered throughout the building, and found numerous shattered light bulbs on the floor.

On Wednesday, May 17, West Bend Police took the four suspects into custody for Entry to Locked Building and Criminal Damage to Property.

A request for charges against the adult was sent to the Washington County District Attorney’s Office and the three juveniles were referred to Juvenile Authorities.