Home
»
Business
»
Galactic McDonald’s playground to be removed and replaced 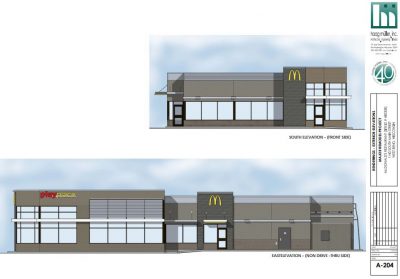 Now comes word the facade is not the only thing that will be getting a makeover.

Owner Steve Kilian Jr. said the galactic playground will be removed and a new play land with interactive technology will be put in its place.

“The galactic theme will be going away,” said Kilian Jr. “McDonald’s is going with a more modern, contemporary theme. We’re still going to keep a kids play area but it will more relevant to today’s kids.”

Kilian Jr. said there will still be an area for kids to runaround and play.

“There will not be a ball pit but there will be a climbing apparatus within the play land,” said Kilian Jr.

The changes will take place in August.  Kilian Jr. said their goal is to “remain open during construction.”

“I was there when the special sauce for the Big Mac was mixed at the store and when the Hamburgler crawl thing, bouncy fry girls and metal slides were in the outdoor play land,” Sharon Ruplinger said recalling how they had to shut down the play area when it was “real hot because kids would burn their legs.”

Click HERE for more local history on the Galactic McDonald’s and the Morning Ladies.

Coming up Tuesday a facade update, reconfigured building signage and a designs for a newly laid out parking lot will go before the West Bend Plan Commission.

Aside from the signage on the building the other big change will be the layout of the parking lot, especially on the south side of the building as a new one-way drive aisle and a lane for parallel parking will be added for customers waiting for orders. 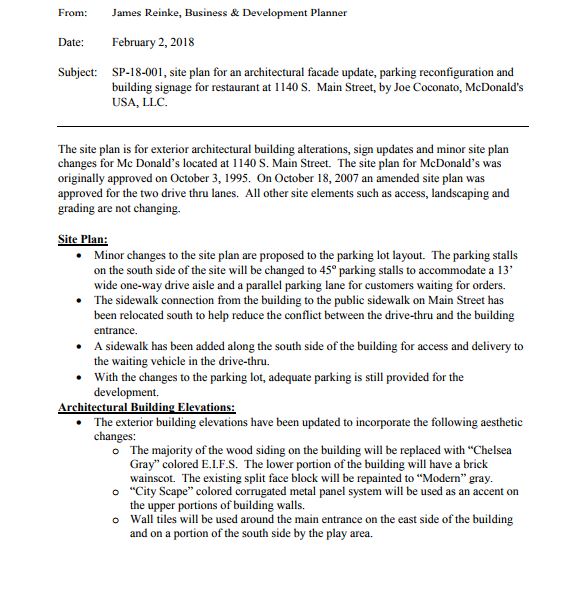 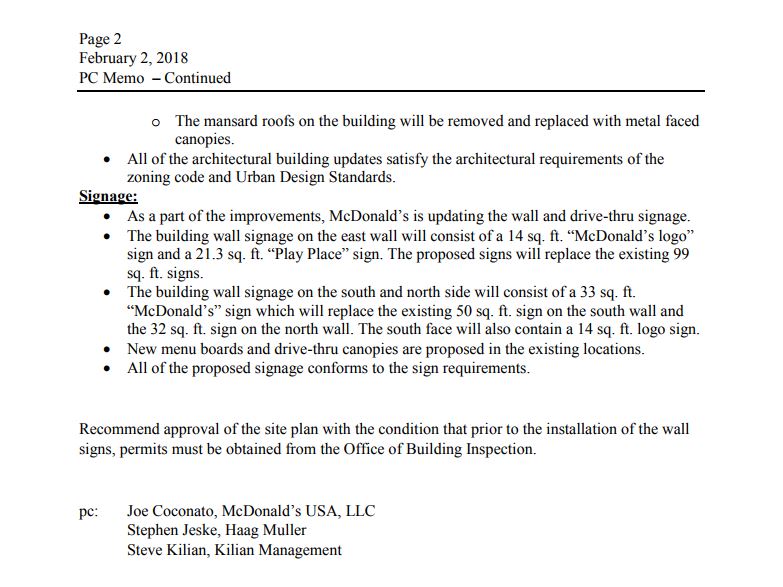