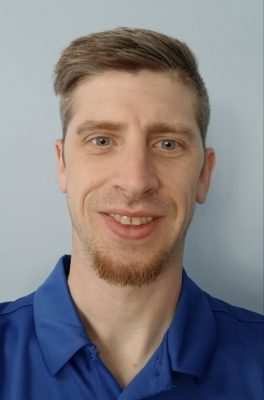 Davis has been assistant coach for both the boys JV and Varsity soccer teams dating to 2017, will take on his first head coaching job when the 2021-22 school year begins in the fall.
In addition to coaching for Germantown, Davis has a total of nine years of assorted coaching experience and has been a physical education teacher at Germantown High School for the last five years.
Davis garnered high praise from his peers, saying things like “he has consistently found ways to put his student-athletes in the best possible position for success” and “he consistently has the student’s best interests in mind,” citing his passion, work ethic, and communication skills as his greatest strengths.
For Davis, becoming a coach has always been a goal.  “The moment I completed my education degree I knew I wanted work with athletes, especially at the high school level,” he said.
In terms of overall goals, Davis has vowed to instill a new and better culture.
“We play in one of the toughest conferences, the Greater Metro Conference, and my goal is to bring the program to different level, one where the team is capable of competing against the quality of competition we play and brings that mentality to the field for games and practice, and to the classroom and community.”

Previous articleJobs, jobs, jobs – Truck drivers wanted at LMZ Trucking Inc.
Next articleRiddle me this Batman… What location No. 5 is now under construction in West Bend?