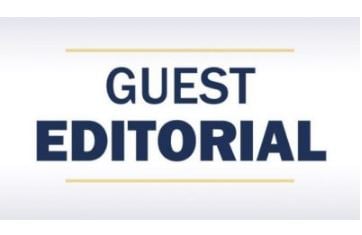 August 21, 2018 – West Bend, WI – The citizens of West Bend received a reprieve last night when the West Bend School Board decided to suspend the referendum effort. “Suspend” is the key word. At the meeting, School Board President Joel Ongert made it clear that he wants to put a referendum on the April or possibly next November ballot. It is worth noting that those elections also historically have much lower turnout. That makes it easier for the referendum to pass (if you’d like me to explain this, I will, but I think y’all get it).

Ongert also made a comment that he thought that the needs at the high schools warranted $60 million! In the current referendum proposal, they are asking for $31 million for the high schools. Ongert wants to spend so. much. more.

Over the next few months as the citizens of the West Bend School District and their School Board consider the prospect of a referendum, we should keep some hard numbers in mind.

$215 million. That is how much the taxpayers will be obligated to pay back if the referendum being considered is approved. The district already owes about $130 million due to the passage of previous referenda. If the referendum passes, it will bring that total to about $215 million in owed interest and principal.

$5.3 million. The taxpayers currently spend about $5.3 million per year on paying down debt. That is $5.3 million that is not spent on educating kids. It is being spent on paying off buildings. That number will increase substantially if the referendum being considered passes.

20. Under the proposal outlined by Baird for the School Board, it will take 20 years to pay off new referendum debt. On the payment schedule presented by Baird at the August 13th school board meeting, the taxpayers will paying only the interest payments for the first nine years. The taxpayers will not pay down a single dollar of the principal until the tenth year.

2.7%. Despite having the authority under Act 10 to control labor expenses, employees of the West Bend School District can still get a family health insurance plan for as little as $49 per month. That is 2.7% of the total cost of the plan. The taxpayers pay the remaining 97.3%.

307. Using the Kindergarten Trend Projection Model, which extrapolates kindergarten enrollment trends to forecast future enrollment, there will be 307 kids in Jackson Elementary in nine years. That compares to the 371 kids who were in the school last year and the 535 kids in the same building at the most recent peak in 2010. That is a 43% decline in student population in the Jackson Elementary building, but also includes the reconfiguration of grades that occurred in 2014.

20. The world of education is not immune from the societal and technological transformations taking place around us. Educational delivery methods now include online and hybrid learning, collaboration with industries, augmented reality, and so much more. The West Bend School Board is asking to spend $85 million on a 20th century education model.

Zero. If the voters approve allowing the West Bend School Board to dump tens of millions of dollars into buildings, they can expect zero improvements in educational outcomes. It has been proven time and time again that once the basic safety and space needs for school buildings are met, spending more on buildings does not result in better education.

For recent evidence, look at the test scores and graduation rates in the West Bend School District since the other school building referendums were passed. According to DPI data, all of the results are flat or declining. The new Badger and renovated Silverbrook schools look fantastic, but they did not make any kids smarter. That is why the school board has wisely not even attempted to claim that it will improve education in the district.

There are a lot of things that the West Bend School Board could do to try to improve education for the children under their care. Dumping money into fancy buildings is not one of them.

Disclaimer: Opinions and letters published in https://www.washingtoncountyinsider.com are not necessarily the views of the Editor, or Publisher. The https://www.washingtoncountyinsider.com reserves the right to edit or omit copy, in accordance with newspaper policies. Letters to the Editor must be attributed with a name, address and contact phone number – names and town of origin will be printed, or may be withheld at the Editor’s discretion. During the course of any election campaign, letters to the editor dealing with election issues or similar material must contain the author’s name and street address (not PO Box) for publication.