Hartford, WI – Mark your calendars for a fun-filled afternoon celebrating the Fourth of July in Hartford.

With talk of a lack of funding for the annual fireworks in Hartford in the air, the Hartford Area Chamber of Commerce worked diligently to secure generous sponsors who stepped forward to ensure residents and visitors the show will definitely go on.

Additionally, the Hartford Jaycees organized the annual Fourth of July parade as well as the patriotic festivities that take place afterwards.

Hartford’s parade starts on Thursday, July 4, at 2 p.m. with a route from North Main St. to Veteran’s Park. Following the parade there will be food stands, games, a cornhole tournament, “Frozen Tundra” Wrestling, music and more.

To cap the evening, fireworks are scheduled to begin at dusk at Lincoln Athletic Field, 680 Cedar Street, Hartford, WI.

See below for the names of the sponsors for this year’s fireworks display in Hartford. 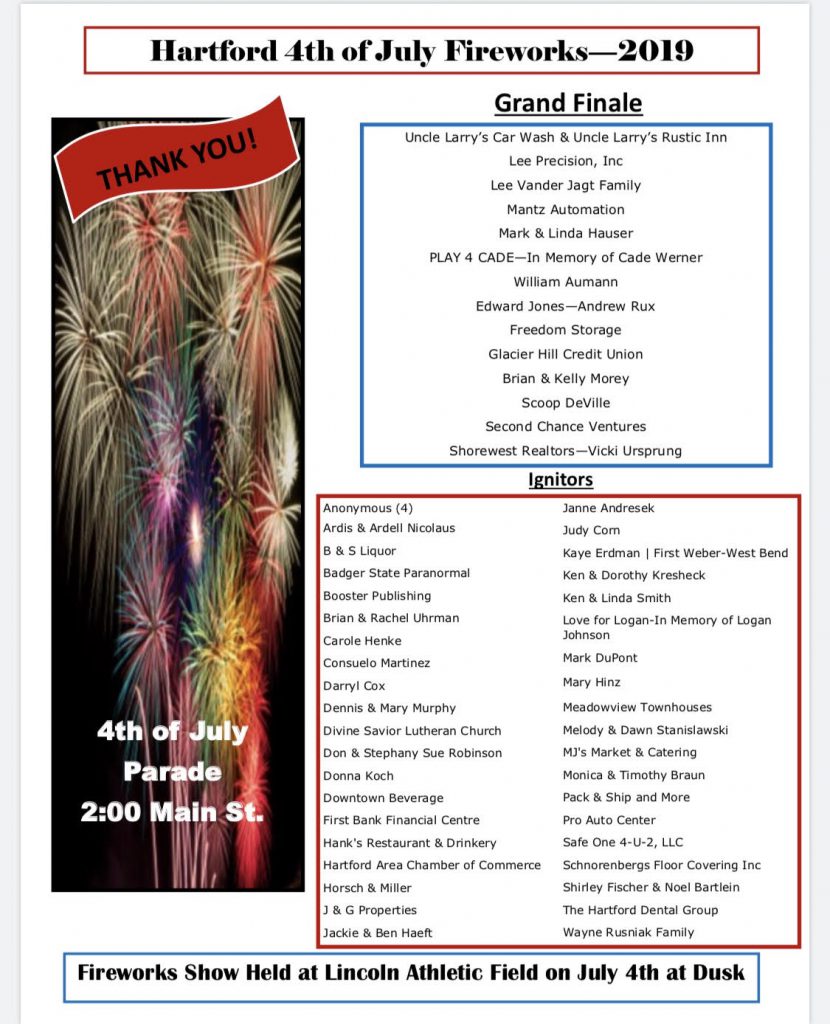