Home  »  Obituary   »   Homer Justman of the Town of Trenton has died 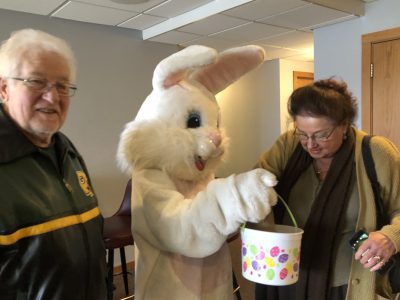 According to his wife Barb, Homer died Monday afternoon, May 27, around 3:30 p.m.

Bob Bonenfant, former morning guy with WBKV AM 1470, remembered Homer for his music and kindness.
“I never saw Homer without a smile on his face,” said Bonenfant.  “He truly enjoyed life…whether it be working, playing drums in various bands (particularly Revival) or socializing with others when he and Barb came along on our gambling bus. I never heard him utter a bad word about another person. He will be missed.”
Many people remember Homer as the guy who bagged their groceries. He worked at several stores including the former Reuben’s Market in Hartford or most recently at Piggly Wiggly in Slinger.
Homer even had a little grocery in his basement. It was the most well organized food pantry. He kept it stocked with canned goods and items from his garden and every spring he loved moving Barb’s 100-pound cactus up the stairs to the back porch as it wintered in the basement.
Homer and Barb were high school sweethearts. They were frequently seen at Kiwanis Steak Fries, chili cook offs, and even the recent Breakfast with the Easter Bunny.
Jeff Szukalski from Jeff’s Spirits on Main said Homer knew his diagnosis wasn’t good but he didn’t let that get him down.
“He was always in a good mood,” said Szukalski. “I saw him about a month ago and he was still upbeat even though he looked tired. He was always a positive influence on everybody. Sorry to hear he passed.”
Homer was the leader of the local band ‘Revival.’ He could be seen behind the drum set at local taverns and events including the Washington County Fair.
“He was such a good people person and  a great musician and really enjoyed himself,” said Joan Stoffel of Campbellsport.  “I know my sister Diane and I would go with Barb and Ross Bradt, about 39 years ago, and we’d go listen to the band and the band wives would hang out and we’d polka and they were a good band and Homer was a good guy.
West Bend Mayor Kraig Sadownikow recalled Homer was always smiling. “He always was in a good mood,” said Sadownikow. “I smile when I think about him.”

A funeral service for Homer will be held on Thursday, May 30, in Kewaskum.  Church services will be Friday in New Fane.

More details will be released as information becomes available.