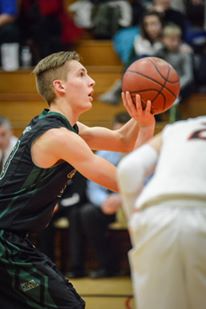 The Chargers had four players tally double figures in points, including Joey Behm with a team-high 15.

Campbellsport’s Koy Walsh did all he could to keep the Cougars within striking distance, scoring 23 points and grabbing 13 rebounds, both game highs.

But his efforts were not enough, and the Chargers escaped with a narrow victory.

With the regular season in the books, KML looks ahead to Kenosha Reuther in the first round of the State Tournament. The game will tip off at 7 p.m. on Tuesday, Feb. 28.