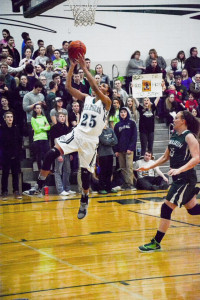 Kettle Moraine Lutheran High School girls basketball team has reason to be confident heading into the first round of playoffs.

The girls team received the No. 1 seed and will receive a bye for its first-round regional game. Currently on a 19 game winning streak, the Chargers haven’t lost since their third game of the season against Green Bay Preble.

The girls will play the winner of No. 8 Brown Deer vs. No. 9 St. Francis. The Chargers are 19-3 this season and undefeated in conference.

The girls begin their road to state on Friday, Feb. 26 at KML at 7 p.m. Semifinals and finals will be March 10-12 at the Resch Center in Green Bay. 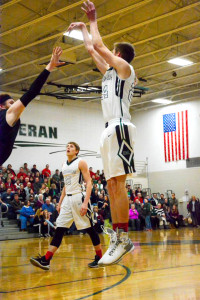 The boys team also received a high seed, No. 3 in their regional. With this position, the team is to play No. 14  St. Anthony, who is currently 2-20 on the season.

Though this game may not appear as a challenge, the games ahead tell a different story. Brown Deer, who won the state championship last year and has the one seed this year, will likely pose a threat later on in playoffs.

Last year, the Chargers played Brown Deer in a Regional Final game and lost 67-52. This year, the bracket is arranged for Kettle to face Brown Deer in the Sectional Semifinals. Overall, the boys team is 14-7 going into playoffs and finished third in conference.

Regional semifinals will take place on Saturday, March 5, at 7 p.m. at home. Boys State tournament will conclude at the Kohl Center in Madison March 17-19.