In
Letters to the EditorSlinger

June 14, 2021 – Slinger, Wi –  I wish to thank the Slinger Community for its tremendous support of our Knights of Columbus Council Tootsie Roll Drive held at Fox Brothers Piggly Wiggly in Slinger. 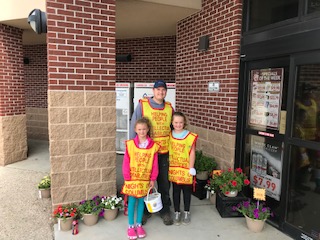 Many customers, upon seeing our bright yellow vests, rushed to our volunteers to generously donate.

The Tootsie Roll Drive is used to provide help to the intellectually challenged children in Slinger’s Community Schools.

Our goal is to help improve the quality of life for those most in need.

In the past 15 years we were pleased to be able to donate over $40,000 to assist children with special needs.  I would like to extend a special thank you to Fox Brothers Piggly Wiggly for hosting us.

WCI COMMENTING RULES OF ETIQUETTE: While open and honest debate is encouraged here, Washington County Insider asks that you comply with the following rules for posting. Those who do not comply will have their posts removed and may result in being banned from commenting.

In an effort to provide a great experience and be welcoming to everyone, Washington County Insider will not publish comments and reserves the right to remove posts on social media/Facebook that don’t adhere to the guidelines below.

*Trolling: a troll is a person who sows discord on the Internet by starting arguments or upsetting people, by posting inflammatory,[1] extraneous, or off-topic messages in an online community (such as a newsgroup, forum, chat room, or blog) with the intent of provoking readrs into an emotional response[2] or of otherwise disrupting normal, on-topic discussion,[3] often for the troll’s amusement. (source: Wikipedia)