Largest Fleet Farm store to be built in West Bend

July 31, 2018 – West Bend, WI – The long-awaited news of a new Fleet Farm being built in West Bend finally appears to be moving forward.

According to Mayor Kraig Sadownikow a concept plan for a new Fleet Farm will be discussed at the Aug. 7 Plan Commission meeting.

“This is going to be a full blown new store that’s about 190,000 square feet,” said Sadownikow. “This will be similar to the size of Meijer, a free-standing store and it’ll be great for that side of town.”

There are a couple of specific nuances about the property, according to Sadownikow, that need to be ironed out with the DNR and the Town of West Bend. 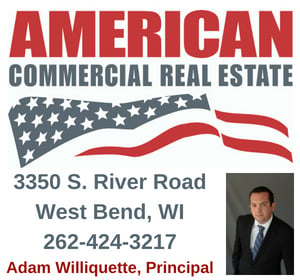 “In the past there was some residential shown on that property but that has since been eliminated and instead it’s woods and wetland,” he said.

City officials have confirmed they’ve had a “great open dialogue with Fleet Farm over the past several months.”

“Fleet Farm actually wants to see this fast tracked,” said Sadownikow. “I’m really proud of our administration and the current council who is open to continuing what was started in the past.”

The long-rumor activity of a new Fleet Farm in West Bend dates to 2004 when Fleet Farm announced it was going to build ‘the largest store in the state’ on a 30-acre parcel along Highway 33 and County Highway Z.

The Mills brothers also acquired 40 adjacent acres and plans were on track for a 274,000-square-foot store.

In the first quarter of the year, KKR met with store managers. This is the message passed along, “We anticipate investing significantly in the business adding infrastructure, stores and local jobs,” said Nate Taylor, then with the retail portion of KKR.

Over the next 13 years, nothing was built.

Some businesses along Highway 33 west have claimed there’s been activity on some of the land owned by Fleet Farm.

According to the DNR some of that activity was soil sampling for the incoming Morrie’s Honda dealership incoming and that property is adjacent to the 40 acres Fleet owns.

Below is the release from the City of West Bend 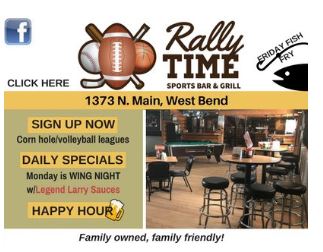 Representatives of Fleet Farm have met with the City of West Bend to share plans for a proposed 190,000-square-foot store, in addition to a 5,000-square-foot convenience store and outdoor garden center.

The current Fleet Farm is located just east of Hwy 45 on West Washington Street; Fleet Farm is proposing the new development to be west of Hwy 45, on land they own on the southeast corner of Hwy 33 and County Road Z.

“We pride ourselves on fostering business growth, as well as being a business-friendly community. We have created a positive climate in the City of West Bend that encourages Fleet Farm to not only continue to do business here, but increase their
operations to serve our great citizens and the surrounding region.”

Fleet Farm has served the upper Midwest since 1955, and has been part of the West Bend community since 1961.

“Fleet Farm will introduce this project to the city plan commission on August 7.   “We are all looking forward to this exciting expansion and the great benefits it will provide for the community,” said City Administrator Jay Shambeau. 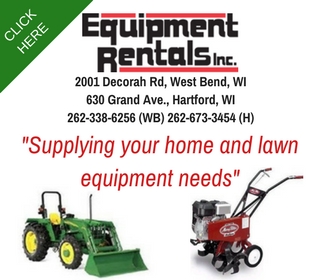