Etiquette for Memorial Day Parades on Monday, May 31, 2021

Washington Co., WI – Neighbors across Washington County are being asked to stand and remove their hats when the U.S. flag passes at the start of Memorial Day parades on Monday, May 31. 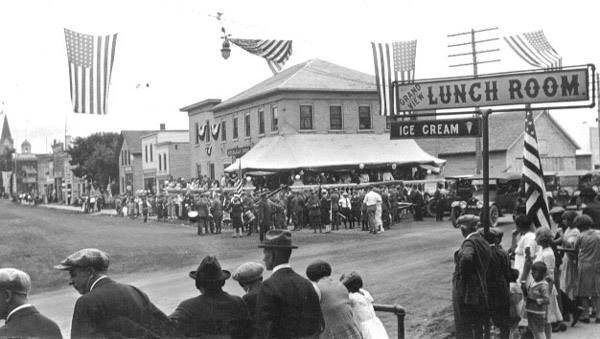 The day, also called Decoration Day, is for observance in memory of dead members of the armed forces of all wars. Today’s 1924 history photo is of an American Legion parade.

The picture was donated to the Kewaskum Historical Society by the James Andre family.

Hartford’s Memorial Day Parade begins at 10 a.m. on Main Street and continues to Sawyer Park, where a program organized by Hartford VFW and American Legion Post 19 and United Vietnam Veterans of Hartford will take place at 11 a.m. 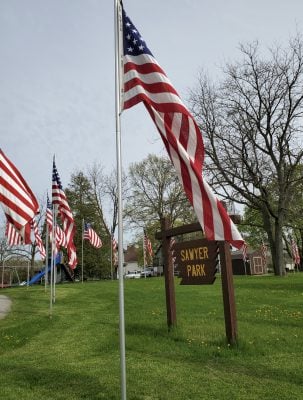 Germantown will have a Memorial Day ceremony starting at 11 a.m. at the Veterans Memorial in Germantown, on the corner of Freistadt and Park Avenue.  Flag retirement will follow at the American Legion Post No. 1 across the street

Slinger’s Memorial Day Parade steps off at 10 a.m. and will march from the VFW to the cemetery. There’s a short program and then back to VFW for the brat fry.

Can you identify the intersection in the photo?