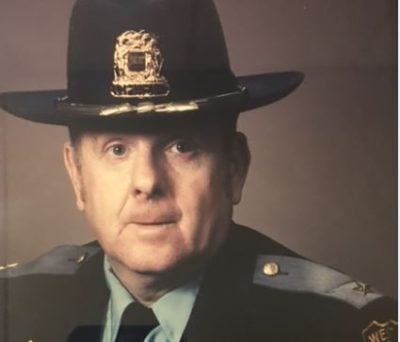 The service will be held at 1 p.m. at Calvary Assembly of God on Decorah Road in West Bend.

Skidmore died Saturday, Feb. 25 in Florida. He was 79 years old

Paul Hetebrueg was captain at the time. “Jim brought the department up to more modern times,” said Hetebrueg. “He improved the training we were getting.”

Former Chief Whitey Uelmen was a patrol office when Skidmore first came to town. “He was an advocate of morality,” said Uelmen. “When they wanted to open massage parlors and tattoo shops he was pretty much against that.”

District 4 Washington County Supervisor Mike Miller was an alderman when Skidmore came on board. “He did a wonderful job bringing West Bend up to a first-class police department,” said Miller. “Just the discipline; being an ex Marine, he just brought that Marine discipline to the department.”

Miller also recalled working side-by-side Chief Skidmore when the tornado came through West Bend in 1981.  “That was my district that was hit and Jim and I worked all night, along with a lot of the department, and we worked 20 hours and then we ate a fish fry at the Moose Lodge when we were off,” he said.

Skidmore retired Dec. 31, 1993. He retired to Florida with his wife. His family said Skidmore suffered a stroke a number of years ago and then his health declined recently before his death.