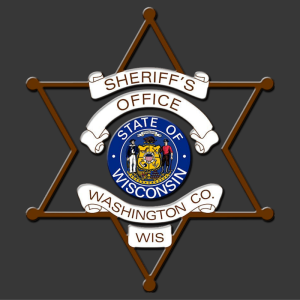 On Thursday, March 24th 2016 at 1:22 p.m. the Washington County Sheriff’s Office responded to CTH K .2 miles south of Hall Road in the Town of Hartford reference a two car vehicular crash with injury. Upon deputies arrival it was determined serious injury was suffered by one the operators. Hartford Fire and Rescue Department responded for medical triage of both vehicle operators. Rescue determined one operator to be deceased and the second sustaining minor injury.

The deceased operator (sole occupant) was southbound on CTH K leaving the City of Hartford. While negotiating a curve in the roadway south of Hall Road, the operator lost control of the vehicle, crossing the center line sliding sideways in to the northbound lane of travel. There it was struck on the passenger side by a northbound vehicle in a ‘T’ bone manner resulting in the southbound operator’s death. The northbound operator (sole occupant) suffered minor injury and was treated and released a short time later from Aurora Medical Center in Hartford.

The Washington County Sheriff’s Office Crash Reconstruction Unit is assisting with the investigation. Weather and snowy road conditions appear to be contributing factors in the crash. CTH K was closed to traffic for approximately 2 ½ hours.

No further information is being released at this time and the crash remains under investigation.