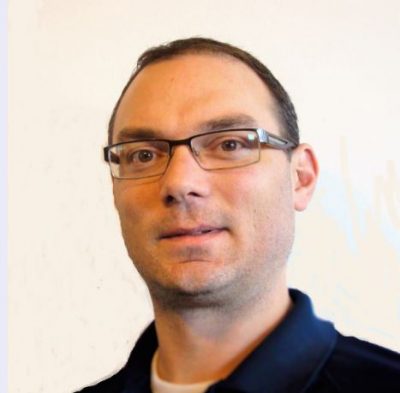 The pair made brief 3-minute presentations before the council and then Dist. 7 alderman Adam Williquette made the motion to select Christian.

“What I really like about Mike is that he’s been involved in the community with various boards and organizations and then he ran for city council,” said Williquette. “He’s going to be a good fit and he’s been following from the sidelines.”

Christian was then sworn into office by city clerk Stephanie Justman.

“I feel like a lot of what I have done over the past years has led me to this point,” said Christian. “This is the next natural step for me and my dedication to the city of West Bend.” 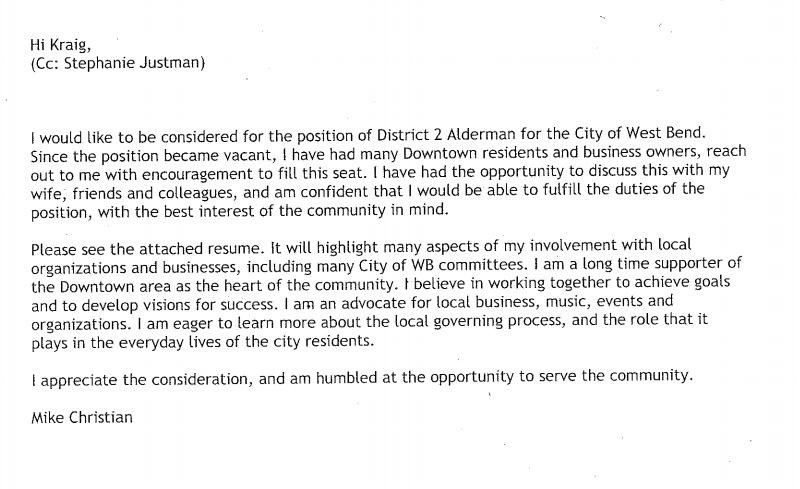 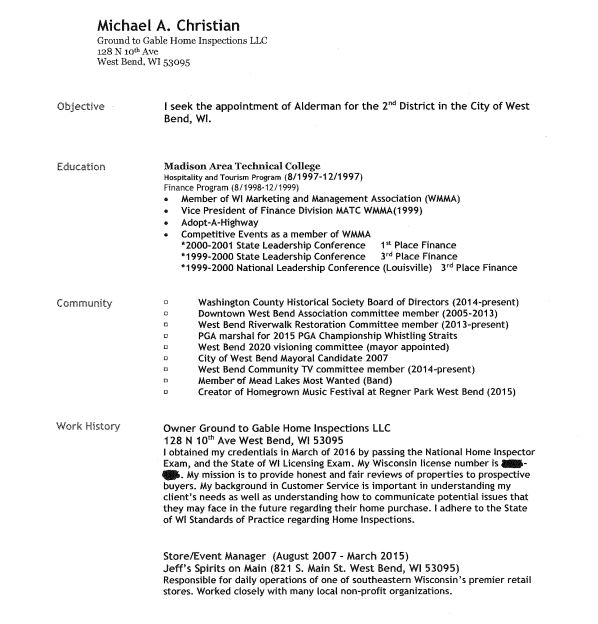 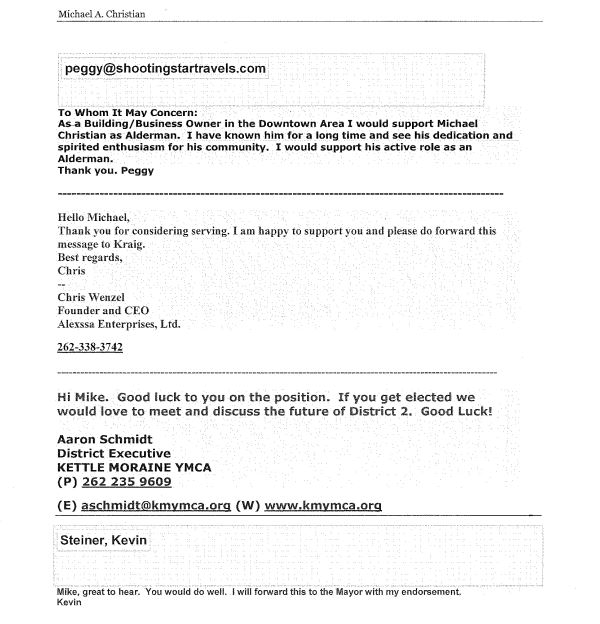 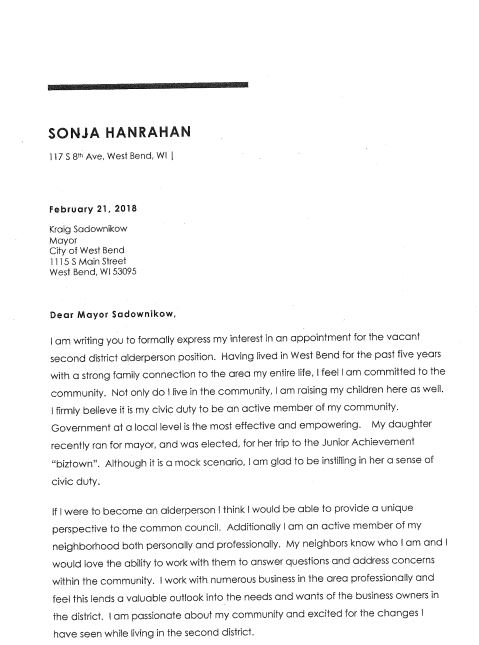 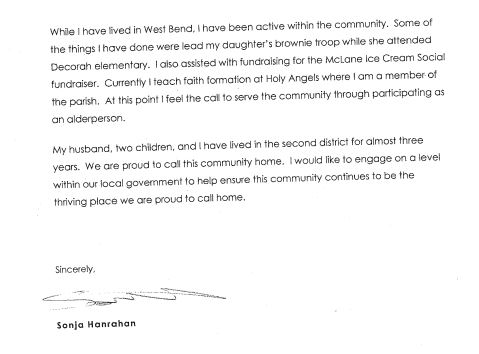 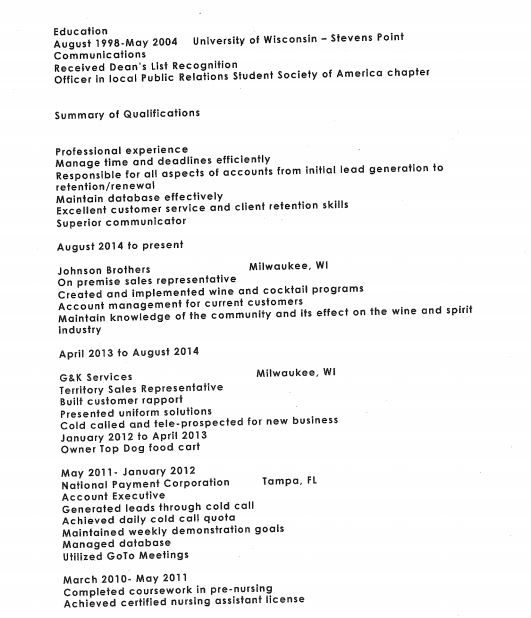 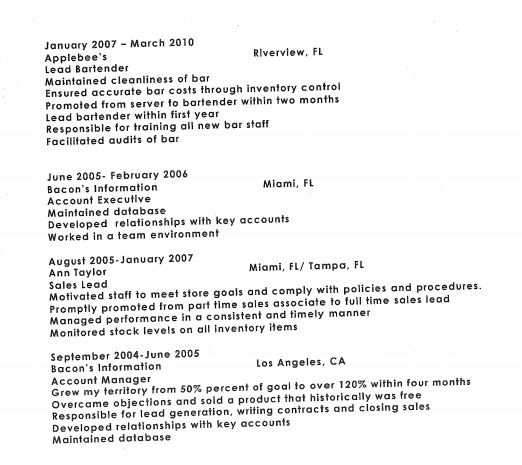 Those interested in being considered for this aldermanic appointment representing the 2nd District should forward to the Mayor, Kraig K. Sadownikow or the City Clerk, Stephanie Justmann, a letter as to their interest in serving and a brief summary of what they feel they will bring to the position, along with a statement of qualifications or a resume. Letters of Interest and Resumes should be submitted to the Mayor or Clerk by February 26, 2018, for inclusion in the agenda packets for the March 5, 2018 meeting.