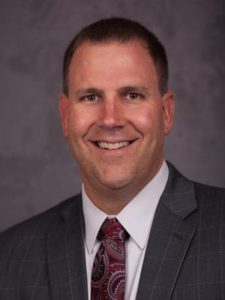 Jay Shambeau was confirmed by the West Bend Common Council on Aug. 22.

“The City of West Bend is pleased to welcome such an experienced professional to the team,” said Mayor Kraig Sadownikow. “We are thankful for the positive input from the community and various departments within the City as we worked through the process of finding the right candidate. Jay’s background, leadership skills and positive energy are just what we were looking for.”

Shambeau has been in a leadership position in the past. He had been Calumet County Administrator from June 2008 – April 2014 and prior to that he was Village Administrator in Kewaskum from July 2006 – June 2008.

Most recently, Shambeau had been Washington County Planning and Parks Administrator since 2014.

Shambeau said he’s excited about the opportunity to work in a great city. “There’s a lot of potential here for additional development and to work with some of the established resources,” he said.

“The biggest way is to bring credibility and professional leadership to the city and by leading by example,” he said.