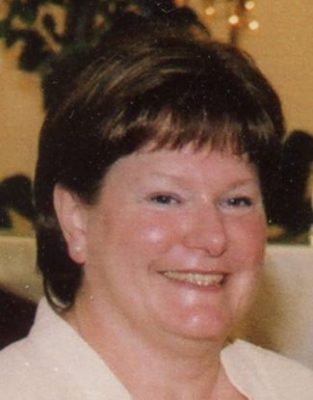 She was born on October 1, 1951 to the late Rudolph Mettel and Alice Swearingen (nee Kordek) in Milwaukee. On Sept 25, 1971 she was united in marriage to Hugh E. “Mick” Rutherford III in Milwaukee.

Diane worked as a LPN for over 30 years. She liked sewing, quilting, especially the Amish quilts and loved doing ceramics. Diane enjoyed collecting dolls and going to the casino. She loved spending time with her family, spoiling her grandchildren. She will be missed by all who knew her.

In addition to her parents, she is preceded in death by her husband, Hugh E. “Mick” Rutherford; her son, Cory Rutherford; and her step-father, Kenneth Swearingen.

A funeral service in remembrance of Diane will be held on Monday, October 9, 2017 at 6 p.m. at the Myrhum Patten Miller & Kietzer Funeral Home, 215 Forest Ave., Kewaskum.

The family will greet relatives and friends at the funeral home on Monday from 4 p.m. until the time of service.