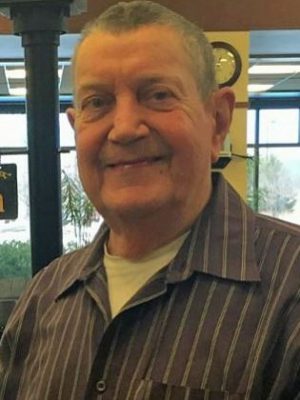 Don was born on March 22, 1940, in Weyauwega, the son of the late Paul and Rose (Witt) Price. On February 10, 1962, he was united in marriage with Judy Schleif at Zion United Church of Christ in Dale, Wisconsin.

After Don graduated from Weyauwega High School, he enlisted in the U.S. Air Force and proudly served his country for four years. Following honorable discharge, Don was employed by Gehl Company for many years.

After retiring from Gehl Company he enjoyed a second career as a truck driver for Cedar Crest Ice Cream and Quad Graphics. He fully embraced retirement in 2003. Don had many hobbies and talents including wood carving, jewelry making, wine making, hunting, fly tying and fishing. But his greatest enjoyment was spending time with his children and grandchildren.

On September 16, 2017, Don had the experience of a lifetime on the Stars and Stripes Honor Flight when he traveled to Washington D.C. with other area veterans.

In addition to his parents, Don was preceded in death by a sister, Pauline (Bill) Hansen; his parents-in-law, Andrew and Marie Schleif; three sisters-in-law, Shirley Price, Diane Price, and Grace Schleif; and two brothers-in-law, Richard Peterson and Jack Brose.

A memorial service for Don will be held at 2:00 p.m. on Friday, December 22, 2017, at Peace United Church of Christ, 343 First Street (parking lot off south Main Street), in Kewaskum with Rev. Eric Kirkegaard officiating.

Don’s family will greet relatives and friends at the church on Friday from 11 a.m. until the time of service.

Memorials to Stars and Stripes Honor Flight or Peace United Church of Christ in Kewaskum are appreciated.

The Myrhum Patten Miller and Kietzer Funeral Home have been entrusted with Don’s arrangements.

The family would like to extend their appreciation to the Aurora Emergency Department Staff at Grafton Hospital and the staff at St. Luke’s Neurosurgery ICU in Milwaukee. A special thank you to Dr. Bill Listwan, Dr. Vukelich, and his current team of doctors, Mian, Jella, and Thohan.