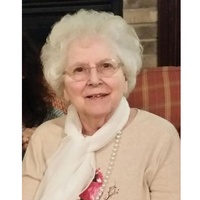 For 20 years, she worked in the office at Fishing Facts magazine in Menomonee Falls.

She was a longtime member of the Homemakers Club where she served as an officer, the Christian Women’s Confraternity at St. Boniface Catholic Church and served on the board of directors as secretary/treasurer for the Garden Condominium Association for many years.

In addition to her husband and parents, she was preceded in death by a son Dale, brother Richard Heppe and brothers-and-sisters-in-law.

A Mass of Christian Burial will be held on Saturday, February 17 at 11 a.m. at St. Boniface Catholic Church in Germantown.  Burial will follow in the parish cemetery.  The family will greet relatives and friends during a period of visitation from 9 until 10:45 a.m.

In lieu of flowers, the family has requested memorials to St. Boniface Catholic Church, the American Kidney Foundation or the American Diabetes Association.

Dorothy’s family would like to extend a heartfelt and sincere thank you to the staff at Cedar Community, the staff and residents at Ivy Manor and the staff of Serenity Hospice for their care, compassion and friendship.