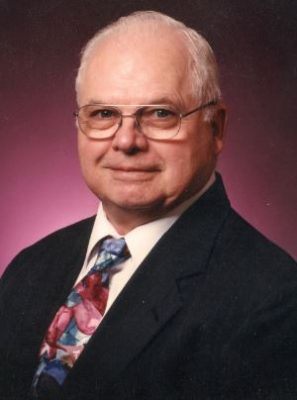 Jerry was born on April 13, 1931 in Milwaukee, the son of the late Lorraine Staehler. On May 2, 1964, he was united in marriage to Carol S. Yogerst at St. Anthony Catholic Church in St. Anthony.

Jerry proudly served his country in the U.S. Navy on the U.S. Shangri-La. He worked at the West Bend Aluminum Company for over 51 years before retiring in 1999. Jerry’s interest include deer hunting, trap shooting, loading shells, making beer, traveling, old cars and tractors, baseball, playing cards, visiting kids, grandkids, and great-grandkids. He was a member of the American Legion Post 384 in Kewaskum. Jerry was a very devout catholic and belonged to Shepherd of the Hills Catholic Church in Eden.

Jerry was preceded in death by Alfred Fellenz; a nephew, Joseph Gross; his parents-in-law, Hilbert and Marie Yogerst; a brother-in-law, John Bonlender; and many aunts and uncles.

Jerry’s family will greet relatives and friends at the church on Friday from 9 a.m. until the time of Mass.

The Myrhum Patten Miller & Kietzer Funeral Homes have been entrusted with Jerry’s arrangements.

The Staehler family would like to extend their heartfelt appreciation to Agnesian Hospice Hope R.N.’s, C.N.A.’s, and many caregivers for the wonderful care throughout his last months of his life.