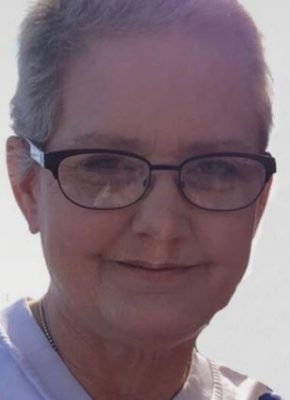 She was born on June 2, 1961 to Franklin and Lorena (nee Vaught) Colbert in San Antonio TX. Debbie worked as a dietary aide at St. Joseph’s hospital and had accomplished graduating college at age 50.

She was an avid reader and liked fishing. Debbie liked helping people and always did things for others, she’d rather take on the burden of others and not make a big fuss about her. She was a very funny person, sometimes with an inappropriate sense of humor, and lived life to the fullest. She will be dearly missed by all who knew her.

She is preceded in death by her father, Franklin Colbert and her brother, Roger Colbert.

A memorial service in remembrance of Debbie will be held on Thursday, Jan. 18, 2018 at 4 p.m. at the Myrhum Patten Miller & Kietzer Funeral Home, 215 Forest Ave., Kewaskum.

The family will greet relatives and friends at the funeral home Thursday from 2 p.m. until the time of service.

Memorials to the Pancreatic Cancer Action Network in Debbie’s name is appreciated by the family.

The family would like to thank the nurses and staff at Kathy Hospice and all her team of doctors for all their help and care.