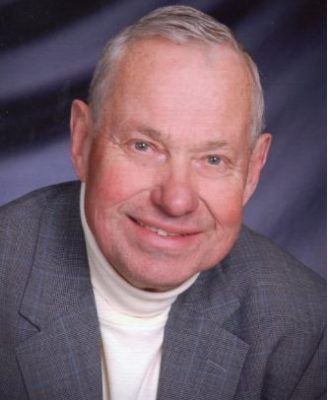 Jim was born on June 23, 1941 in Green Bay to the late James and Helen (nee Drewiski) Phillips.  He was raised in Reedsville and graduated from Reedsville High School in 1959.  He then attended St. Norbert College in DePere where he was a member of the Alpha Delta Gamma fraternity, graduating in 1963.

Jim met his future wife, Kathy Hughes, at St. Norbert College and they were married on August 7, 1965 at the National Shrine of St. Joseph on the St. Norbert campus.  Jim and Kathy moved to West Bend in 1966.

Jim worked in agricultural product sales at the Gehl Company for 43 years, retiring in 2007.  He enjoyed the extensive world travel that was part of his job.

He was a long-time board member of the Kettle Moraine YMCA, serving as Board President from 1993 to 1995.  He was also active in the West Bend Jaycees, the Toastmasters, and was a member of Holy Angels Parish for many years.

Jim loved spending time with his grandsons and attending their events.  He loved the Green Bay Packers and was known for his tailgate parties and his cooking.  He enjoyed time at the cottage, fishing, and woodworking.  Jim also enjoyed helping others.  He would do any odd job that a friend needed.

In addition to his parents, Jim was preceded in death by a sister, Alice Anderson; and a brother-in-law, Jack Olson.

A Memorial Mass in remembrance of Jim will be held on Thursday, April 27 at 1 p.m. at Holy Angles Catholic Church, 138 S. 8th Ave., West Bend.  The family will greet relatives and friends at the church on Thursday from 10 a.m. until the time of the Mass.

In lieu of flowers, memorial contributions to the Kettle Moraine YMCA would be appreciated.

The family extends a special thank you to the Cardiac Rehab program and Emergency Dept. at St. Joseph’s Hospital – West Bend, the CVICU at Froedtert Hospital – Milwaukee, and Lifecare Hospital – Pewaukee.

The Myrhum Patten Miller & Kietzer Funeral Homes have been entrusted with Jim’s arrangements.