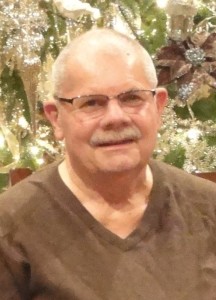 David A. Jung, 75, of the town of Kewaskum, passed away peacefully on Tuesday, January 5, 2016 in the comfort of his home.

He was born on July 28, 1940, in the town of Barton, to the late Norbert and Margaret (Nee Thorn) Jung.  On September 15, 1962, he was united in marriage to Marilyn Laatsch at St. John of God Catholic Church in the town of Farmington.

David was a member of St. Michael’s Catholic Church in St. Michaels. He and his wife operated the family farm while he also worked at Cedarburg Dairy as a truck driver.  David enjoyed spending time with his children, grandchildren, and great-grandchildren and was recently excited to learn that he would be a great-grandfather again.  He enjoyed polka dancing, auto racing, and sports, especially watching the Milwaukee Brewers, Green Bay Packers. He will be deeply missed by his family, friends, and by all who knew him.

David was preceded in death by his loving wife, Marilyn; his parents Norbert and Margaret Jung; his parents-in-law, Lawrence and Marie Laatsch; an infant sister; a sister-in-law, Barbara Laatsch; and a brother-in-law, Lloyd Laatsch.

A Mass of Christian Burial for David will be held at 12:00 p.m. on Saturday, January 9, 2016, at St. Michael’s Catholic Church, 8881 Forestview Road, Kewaskum (St. Michaels). Father Edwin Kornath will officiate and burial will follow in the parish cemetery.

Relatives and friends may call on Saturday at the church from 10:00 a.m. until the time of Mass.

The Myrhum Patten Miller and Kietzer Funeral Home in Kewaskum has been entrusted with David’s arrangements. Additional information and guest book may be found at www.myrhum-patten.com