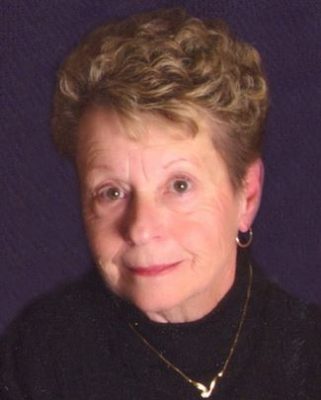 She was born on July 30, 1944, in Brookfield, the daughter of the late Howard and Elizabeth (nee Schmidt) Neuestdter, and on August 18, 1969, she was united in marriage to Melvin Laudolff in Brookfield.

Kathy was an avid Packers, Brewers, Bucks, Wisconsin Badgers and Marquette fan. She will fondly be remembered for her love of playing cards, Yahtzee, four wheeling, and fishing.  Katherine’s greatest joys came from spending time with her family, especially her grandchildren.

Those Kathy leaves behind to cherish her memory include her loving husband of 47 years, Melvin; two children, John (Sejal) Laudolff and Tracy Laudolff both of Slinger; two grandchildren, Kea and Nani Laudolff both of Slinger; a sister-in-law, Carole (Allen) Smasal of Kiel; a niece Paula Smasal; two nephews, Todd (Breyn) Smasal and Eric (Sarah) Smasal, other relatives and many friends.

The Laudolff family will greet relatives and friends at the church on Saturday from 9 a.m. until the time of Mass.

In lieu of flowers, memorials to a charity of your choice in Kathy’s memory is appreciated.

The Myrhum Patten Miller & Kietzer Funeral Homes have been entrusted with Katherine’s arrangements.