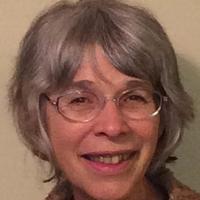 On July 16, 1966, she was united in marriage to Gerald F. Zahn at Immanuel United Church of Christ in West Bend.

For more than 30 years, she worked at St. Joseph’s Hospital in West Bend in the laboratory and with the IT department.

Over the years, Kathy’s hobbies included gardening, traveling and “let’s go for a walk.”  Her green thumb was known by family and friends alike.  Her travels took her to many locations in the United States and Europe.  Above all else, family was what she cherished the most.

She was an active member of New Horizons United Church of Christ and Al-Anon.

In addition to her parents, she was preceded in death by 1 grandson Curtis and 1 brother Darwin Hoefert.

Funeral services will be held on Sunday, May 21 at 4:30 p.m. at New Horizons United Church of Christ, 9663 Hwy 144, Kewaskum (Boltonville). The family will greet relatives and friends during a period of visitation at the church on Sunday from 2 until 4:15 p.m.

Memorials to the charity of the donor’s choice appreciated.