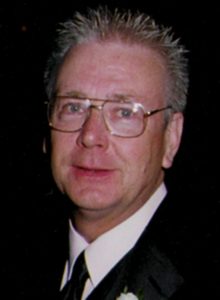 Kenneth W. Hansen, age 67, passed away on September 1, 2016 at Froedtert Memorial Lutheran Hospital in Milwaukee.  He was born on July 14, 1949 in Milwaukee, WI to Lester and Mabel (nee Voelz) Hansen.  Kenneth graduated from Custer High School, served in the U.S. Army during Vietnam and retired from Burton & Mayer.  He married his love, Carol (nee Crabtree) Hansen, on June 19, 1971.  Kenneth loved sports of all types-the Badgers, Packers and Brewers.  He especially loved spending time with his grandchildren, traveling and cruises and time with Carol.

A Memorial Service will be at 6:00PM on Friday, September 9, 2016 at the Phillip Funeral Home Chapel (1420 W. Paradise Dr. West Bend, WI 53095) with Pastor John Bauernfeind presiding.  Visitation will be at the funeral home from 4:00PM until the time of the service.  Interment will take place at Southern WI Veterans Memorial Cemetery in Union Grove.

A special thank you to the Doctors and nurses at Froedtert Hospital and Horizon Hospice.