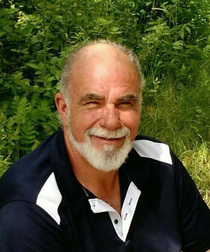 May 11, 2017 – West Bend, WI – Kerry W. Sauer, age 62, found peace after a brief, but very courageous battle with cancer on Tuesday, May 9, 2017 at St. Joseph’s Hospital in West Bend.  Despite many challenges, Kerry maintained an extremely positive outlook during his battle, which was a true reflection of how he approached life.

Kerry was born August 29, 1954 in MO, to Gerald and Dolores (nee Mortensen) Sauer.  Kerry enjoyed spending time with his family and many friends.  He especially enjoyed snowmobiling, fishing, motorcycles, and watching movies.

He is survived by his sisters, Sherry (Mike) Abbott, Lori (Don) Gibowski, Holly (Rich) Gibowski. Further survived by nieces, nephews, other relatives and many friends.

Kerry is preceded in death by his parents and his sister Diane Waggoner.

While Kerry’s wishes of no formal funeral service will be honored, a celebration of Kerry’s life will be announced in the near future.

Kerry’s family would like to extend their sincere gratitude to Kerry’s close friend Jeanie DeBano for assisting and providing comfort for Kerry in his time of need.  Also, thank you to all doctors and nurses involved in his care.