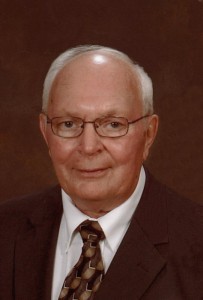 William C. Kober, 80, of Kewaskum, passed away on Friday, January 1, 2016, at Aurora Medical Center in Grafton with his family by his side.

He was born on July 2, 1935, in Kewaskum, the son of the late Christopher and Leona (Rosenbaum) Kober.  On June 29, 1957, William was united in marriage to Beverly Ramthun at Holy Trinity Catholic Church in Kewaskum.

William served his country in the Army from December of 1957 until December of 1959 at a Nike Site in Pennsylvania.  After his military service William worked for 38 years at Gehl Company in West Bend as a foreman.  William was a long time member of the Hexelbunk Club and the now “C.A.F.E.”. He was also a member of the West Bend Knights of Columbus.

William enjoyed traveling and camping with his wife and family all over the United States especially his annual trips to Florida with Beverly.  He also had a love for wood working, carpentry, golfing, spending time on his Farmall Cub tractor and was a jack of all trades.  William’s greatest joy of all was spending time with his children, grandchildren and great-grandchildren.

In addition to his parents, William was preceded in death by his mother and father-in-law, Otto and Kathryn Ramthun; a step father-in-law, Roy Warner; a brother-in-law, Norman Krueger and a sister, Betty (Ray) Mertzig.

The Kober family will greet relatives and friends at the church on Friday from 3:00 p.m. until the time of mass.

The Myrhum Patten Miller & Kietzer Funeral Home in Kewaskum has been entrusted with William’s arrangements. Additional information and guest book may be found at www.myrhum-patten.com

The Kober family would like to extend their heartfelt appreciation to Dr. Renee Jahnke.