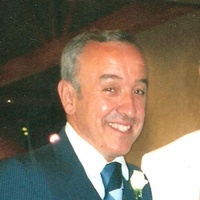 On October 27, 1973, he was united in marriage to Cynthia K. Lienemann at St. Frances Cabrini Catholic Church.

For many years, he worked as welder for Gehl Company and West Bend Equipment.  As a way to keep active and exercise, he also had paper routes.  He delivered The Daily News, Milwaukee Journal, the Post and the Advantage.

As a devoted husband, loving dad and proud grandpa, nothing compared to the love he had for his family. He also had a passion for farming on the Peters’ family farm.

Later in life, he took part in the Parkinson’s exercise  group at the Kettle Moraine YMCA River Shores branch.

In addition to his parents, he was preceded in death by 4 brothers: Vernon, Gerald, Linus and Ralph; 4 brothers-in-law Glen Becker, Richard Gunther, Henry Justman and Norman Faber and a nephew and Godson Daniel Peters.

A Mass of Christian Burial will be held on Wednesday, January 10 at 7 p.m. at St. Frances Cabrini Catholic Church.  The family will greet relatives and friends during a period of visitation at the church on Wednesday from 4 until 6:45 p.m.