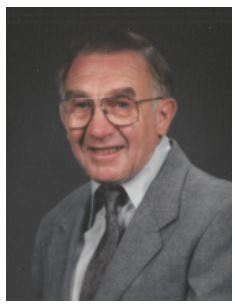 Oct. 22, 2018 – Hartford, WI – Lester Otto Griepentrog of Hartford, Wisconsin died Saturday, October 20, 2018 at home at the age of 91 after a courageous battle with Parkinson’s disease.

He was born August 30, 1927 in the Town of Wayne, WI to the late Vinelda (nee Boettcher) and Oscar Grieptentrog. Before his marriage he rented a farm near Barton and hauled milk for Kohlsville Cheese Factory.

He was united in marriage to Rosemarie Beine at Holy Angels Church in West Bend on May 25, 1957. He was a Dairy Herd Improvement Association milk tester for Washington County for 3 years. In 1960 Lester and Rosemarie settled on a farm in Nenno in Dodge County for 29 years.

Lester served on the Dodge County DHIA Board of Directors for 6 years. He was a member of the Holstein Association. He excelled in his dairy herd raising purebred cattle. Lester and Rosie also hosted the Dodge County Twilight Meeting in 1984. In 1989 they moved to their retirement home in the Town of Addison. He continued to help out farmers for another 13 years.

He and Rosie enjoyed traveling on bus tours, playing sheepshead, gardening, and playing games with grandchildren and great-grandchildren.

In lieu of flowers, memorial contributions to a charity of one’s choice in Lester’s memory are appreciated.