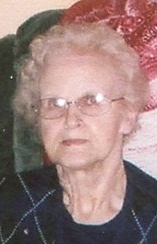 Lila E. Anderson, nee Hetzel, 85, of West Bend, passed away with her family by her side on Friday, March 4, 2016 at the Samaritan Health Center, West Bend.

Lila was employed as a receptionist and switch board operator at St. Joseph’s Community Hospital, West Bend, for many years.

A memorial service in remembrance of Lila will be held at a later date in spring.

The Myrhum Patten Miller & Kietzer Funeral Homes have been entrusted with Lila’s arrangements.  Additional information and guest book may be found at www.myrhum-patten.co