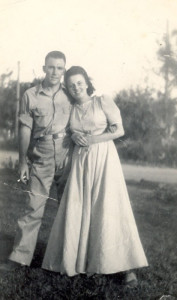 Harriette Ann Leisner, 95, of Mequon, passed away peacefully on Friday March 4, 2016, at her home, surrounded by her loving family.
She was born on February 23, 1921 to the late Alfred and Catherine (nee Schreindl) Vogl, in Milwaukee WI. On February 19, 1943, she was united in marriage to Henry Leisner at St. Catherine’s Catholic Church in Milwaukee.

In addition to her parents, Harriette was preceded in death by an infant son, Joseph Allen Leisner; her loving husband Henry; infant brother; three sisters, Arline, Arabelle, and Beverly.

A Memorial Mass for Harriette will be held  on Saturday, March 12, 2016 at 12:30 p.m. at St. Michael’s Catholic Church, 8881 Forest View Road, Kewaskum (St. Michaels). Father Edwin Kornath officiating and entombment of the cremains will be at Wisconsin Memorial Park in Brookfield.

The family will greet family and friends Saturday at the church from 11:30 a.m. until the time of Mass.

The family wishes to extend a heartfelt thank you for the loving care provided by Vitas Hospice and Chaplain Peg.

The Myrhum Patten Miller & Kietzer Funeral Homes have been entrusted with Harriette’s arrangements. Additional information and guest book may be found at www.myrhum-patten.com