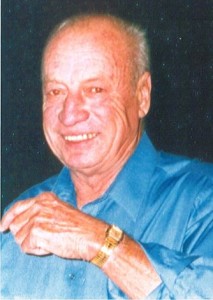 Melvin M. “Mike” Frank, age 88 of Hartford, Wisconsin passed away on Thursday, March 24, 2016, peacefully at his home, surrounded by loved ones.

Mike was known for his boisterous personality and he could also make you laugh. He loved to make bets about trivia and always thought he was right. He was hard-of-hearing but somehow knew what you said. He enjoyed bullhead fishing, playing cards, and gardening.

In addition to his parents, Mike was preceded in death by his wife Bernice, his sisters, Amanda Quandt, Delores Margelofsky and Marriane Margelowsky, and parents-in-law John and RubyKoch.