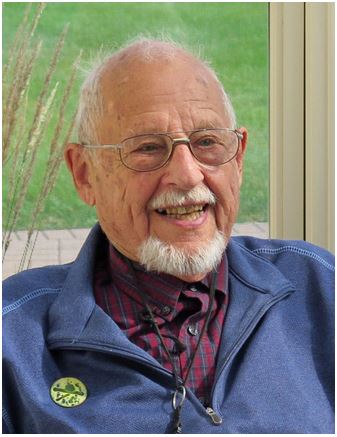 He was born October 25, 1925 to the late Alwin and Frieda (nee Dotter) Schowalter in Jackson, WI. Quintin graduated from West Bend High School and the University of Wisconsin Madison.  He married Ann Marie Rath on August 27, 1950, at Christ Lutheran Church in Jackson, WI. After living in other communities, he and Ann Marie returned to Jackson to retire in 1990.

A memorial service for Quintin will be held on Sunday, December 11 at 2:00 p.m. at St John’s Lutheran Church, 2881 Division Road, Jackson, WI. The family will greet relatives and friends at the church from 1 p.m. ­until the time of services.

The Myrhum Patten Miller & Kietzer Funeral Homes have been entrusted with Quintin’s arrangements.