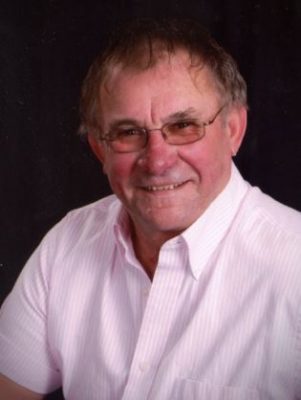 Dick was born on January 12, 1945, in Sheboygan, the son of the late Carl “Jack” and Irene (Backhaus) Stange. On October 1, 1966, he was united in marriage to Janet Van Vleet at Immanuel Lutheran Church in the town of Scott.

In addition to his parents, Dick was preceded in death by two brothers, Robert Stange and Ralph (Judy) Stange.

A memorial service for Dick will be held at 3:00 p.m. on Saturday, August 12, 2017, at Immanuel Evangelical Lutheran Church, 350 S. Helena Street, in Campbellsport with Rev. Paul Cerny officiating.

Dick’s family will greet relatives and friends at the church on Saturday from Noon until the time of service.

The Myrhum Patten Miller and Kietzer Funeral Homes have been entrusted with Dick’s arrangements.

The family would like to thank Dr. Connelly of Froedtert and the nurses at Kathy Hospice for the care provided to Dick.