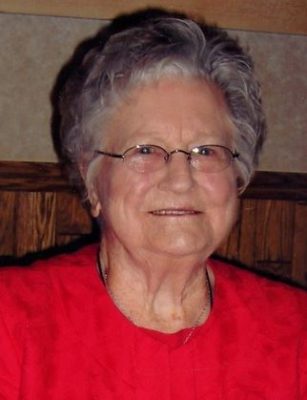 Rose and Roman “Jimmy” Miller were united in marriage at Holy Angels Catholic Church in West Bend on July 24, 1946. After Jim passed away on July 13, 1964, Rose continued to run the business she and Jim established in Kewaskum – Jimmy Miller’s Tavern and raised their five children, Robert, Michael, Catherine, Linda and Janet. On August 14, 1971, she was married to Wesley Kuehl at Holy Trinity Catholic Church in Kewaskum. She continued to run the tavern as Wes and Rosie’s Tavern. Wesley preceded Rose in death on July 26, 2003.

Over the years, Rose made many great friends and memories with her tavern customers. After retirement, Rose and Wes moved to Shawano Lake. There she enjoyed three of her favorite pastimes, fishing, fishing, and cards. Fond memories were made there with her children, grandchildren, great-grandchildren and friends.

The family would like to invite you to help celebrate Rose’s life. Rose’s family will greet relatives and friends at Holy Trinity Catholic Church, 331 Main Street, Kewaskum Thursday, November 2, 2017 from 3:30 p.m. to 6:45 p.m. A Mass of Christian Burial will follow at 7:00 p.m. with Rev. Edwin Kornath officiating. Burial will take place the next day in the parish cemetery.

In lieu of flowers, memorials to Threshold, KEYS or charity of your choice are appreciated.

A heartfelt thanks to mom’s wonderful caregivers from Horizon Hospice and daughter and son-in-law, Linda and Alan Gundrum.

The Myrhum Patten Miller & Kietzer Funeral Homes have been entrusted with Rose’s arrangements. Additional information and guest book may be found at www.myrhum-patten.com.

We will miss mom forever but know that we must show our greatest gratitude by letting go.  As she would say, “She’s getting a good send-off!”