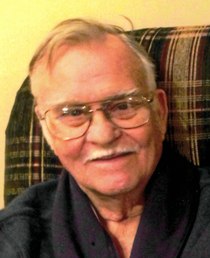 Sanford “Skip” Roy McEwen, age 91, passed away peacefully on Saturday, October 22, 2016.  He was born to Robert and Della (nee Conrath) McEwen on July 9, 1925 in Pennsylvania.  He married the love of his life Phyllis Hoch on March 2, 1946 and together they had four children.

Skip was raised in Pennsylvania and moved to Wisconsin in 1953.  He proudly worked for Gehl Company for over 40 years and retired in 1988.  Skip was a long time member of Peace United Church of Christ in Kewaskum. He loved camping, hunting and fishing and was an avid sports enthusiast.  He never missed a Milwaukee Brewers game.  “Pap” (as he was affectionately known by many) was the happiest when he was spending time with his family  and never had a loss for words.

A Memorial Service will be held at 12:00PM on October 28, 2016 at The Phillip Funeral Home Chapel (1420 W. Paradise Dr., West Bend, WI) with Reverend Eric Kirkegaard presiding. Visitation will be at the funeral home from 11:00AM until the time of service.  Interment will be at Washington County Memorial Park.

A special thank you to the staff and caregivers at Cedar Crossings and Ivy Manor for their care and compassion.

Previous articleNew fire-suppression device used in Boltonville fire
Next articleVIDEO: Making a difference – Join us at Women of Christ