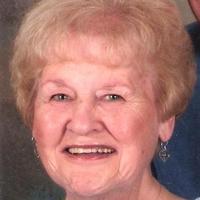 She spent her teenage years as a nun with the Sisters of St. Agnes in Fond du Lac before returning to the Chicago area.

On June 2, 1957, Yvonne was united in marriage to Edward E. Weise, Jr. in Chicago. In 1966, the family moved to Fond du Lac and after 2 ½ years moved to West Bend.  She was employed as the Secretary to the Head of Nursing at St. Joseph’s Hospital, retiring in 1986.  Ed and Yvonne then travelled the United States before settling in Sugar Camp, WI in 1990.

While in West Bend Yvonne was involved with the West Bend Lioness and Chapter 732 Women Of The Moose. In Northern Wisconsin, Yvonne volunteered at St. Mary’s Hospital in Rhinelander and Eagle River Memorial Hospital.  She was an active member of St. Kunegunda Church in Sugar Camp, the Northern Wisconsin Retirees and the Telephone Pioneers.

Yvonne enjoyed playing in a few bridge clubs, reading, watching movies, attending local theatre productions, traveling, sending cards and letters to family and friends, and spending time in the kitchen cooking and baking. She will be best remembered for her delicious cinnamon rolls!

In addition to her parents, she was preceded in death by 2 sisters and their husbands Milberna “Dude” (Robert) Anhalt and Gloria (John) Lafferty, a sister-in-law and her husband Shirley (Drew) Carey.

The family will greet relatives and friends during a period of visitation at St. Mary’s Immaculate Conception Catholic Church on Monday, April 10 from 10 a.m. until 12:45 p.m. with a Mass of Christian Burial to follow at 1 p.m. Burial will follow in Washington County Memorial Park.