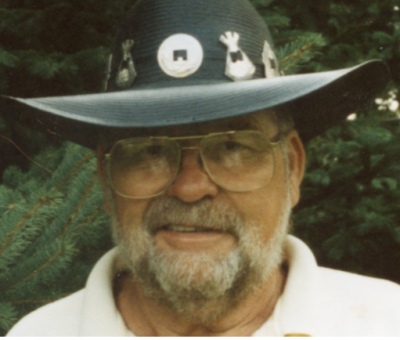 He was born on July 1, 1931 to the late Andrew and Margaret (nee Pierre) Schneider in Milwaukee, WI. He graduated from Boy’s Tech High School in Milwaukee in 1950.

Andy honorably served in the United States Navy aboard the DE USS Huse during the Korean War from 1951 until 1955. On September 17, 1955 he was united in marriage to Frances Balistrieri at St. Rita Catholic Church in Milwaukee. Andy worked as a machinist at the Milwaukee Journal Sentinel for 29 years, retiring in 1988.

He enjoyed his retirement wintering in Leesburg, Florida for 25 years with friends. Andy enjoyed camping trips up north in the summer with family. He loved the outdoors, fishing, hunting, and taking care of his property. He was always keeping himself busy tinkering, he could fix and repair anything and enjoyed giving it to people in need. His favorite saying was “this is an old Navy trick.”

Andy was known as a recycler long before its time, and always coming home with more than what he brought to the dump. He was a lover of dogs especially his little pug Roscoe. The most important thing to Andy was his family and enjoyed watching the grandchildren’s sporting events. He will be dearly missed by all who knew him.

In addition to his parents, he is preceded in death by his brother, Tom Schneider and his two brothers-in-law, Salvatore and Felix Balistrieri.

The family will greet relatives and friends at the church on Wednesday from 10 a.m. until the time of Mass.

In lieu of flowers, memorials to Balance, an organization that helps support people with special needs (1350 14th Ave. Suite #4, Grafton WI 53024) in Andy’s name is appreciated by the family.

The family would like to thank the nurses and staff at Froedtert Hospital in Jackson and the Horizon Hospice Home Care for all their help and care.

The Myrhum Patten Miller & Kietzer Funeral Homes have been entrusted with Andy’s arrangements.