Art worked as a well driller for over 35 years. In 2015 he went into partnership with his son and formed Art’s Excavating and Trucking where he worked until the time of his death. 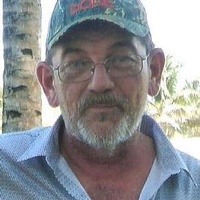 He liked hunting, fishing, shooting pool and playing in a giant sandbox with big-boy toys but the most important thing to him was spending time with his grandchildren and family.

He is preceded in death by his granddaughter Addi Klemme, his father Arthur Sr., his brother James, his parents-in-law Donald and Dorothy Heinecke, his brother-in-law Michael Cleary and his dear friend Alfie.

Funeral services will be held Wednesday, Dec. 12, 2018 at 7:00 p.m. at the Schmidt Funeral Home in West Bend. The family will greet visitors on Wednesday from 3:30 p.m. until 6:45 p.m.  Memorials to the Glycogen Storage Disease Foundation are appreciated.