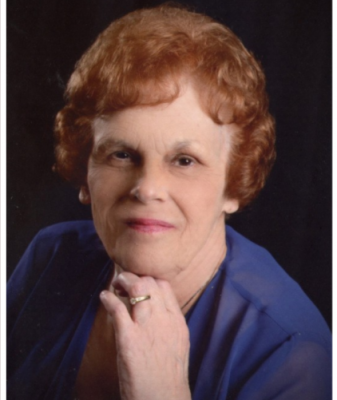 Cecile was born on October 11, 1935, in Milwaukee, the daughter of the late George and Helen (nee Vanderbloomer) Leygraf. On January 7, 1956, she was united in marriage to Ronald Newman in Milwaukee. Ronald preceded Cecile in death on October 12, 2008.

Cecile was a housemaker, sold Avon, and was a real estate agent. She enjoyed boating and swimming at the lake house. She was in a gourmet meal couples club where they would make different gourmet meals and dress up according to the menu theme. Cecile and Ronald were in a card club in Milwaukee where they would take turns hosting an evening of card playing. Cecile was a cat and dog lover, “She never met a dog that didn’t love her” – Cecile. She sang in her church choir, enjoyed reading, traveling with Ron, and getting together regularly with her elementary and high school friends.

In addition to her husband and parents, Cecile was preceded in death by a sister, Marion Bell.

A Mass of Christian Burial for Cecile will be held at 12:30 p.m. on Thursday, August 8, 2019, at St. Peter Catholic Church, 200 E. Washington Street, in Slinger with Rev. Richard Stoffel officiating. Burial will follow at Holy Cross Cemetery in Milwaukee.

The family will greet relatives and friends at the church on Thursday from 10:30 a.m. until the time of Mass.

The family would like to extend a heartfelt thank you to the staff at The Waterford in Hartford and Heartland Hospice for the care provided to Cecile.