December 2, 2019 – West Bend, WI –On Nov. 27, 2019 investors might have noticed that stock prices of Coca-Cola, Hershey, and Culver’s all dropped in response to the loss of their most loyal customer – David B. Clark Sr. The world was Blessed with the arrival of this “social environmentalist” on Dec. 13, 1944; a gifted friend maker, hard-driving entrepreneur, kind-hearted soul, and most importantly a passionate celebrator of family. The light he gave burned so brightly that it is sure to continue guiding those who had the pleasure of feeling its rays. Though the end of his life was not without some great mental and physical pain, that anguish could hardly diminish the pure joy he received from those that he loved. A Christian in his heart, he knew that his ultimate passion was leaving his family with the knowledge that his love for them was genuine and unconditional. 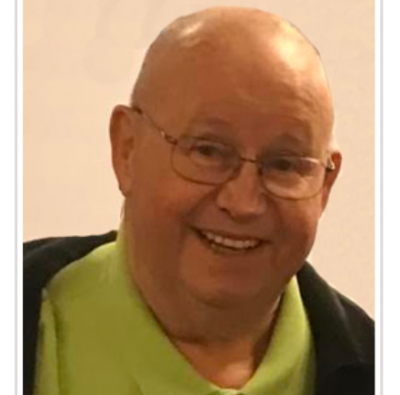 Dave was born in Oshkosh, but he would consider himself a son of West Bend. His only time away, for any extended period, was when he attended La Crosse University. It was there that he met the love of his life – Nancy Stuart. He graduated with a degree in education, but his calling was not to mold the minds of the youth (thank goodness for all of us), rather it was to provide a place of joy and memories for others in the form of Weiland’s “Fun” Center. He purchased his dream in 1974 and along with his wife turned it into a destination for others seeking a release from their daily lives. He was an innovator in marketing bowling and was recognized within the state, region, and nationally as a man who promoted the sport with gusto – with his hard work being recognized in an article by the Wall Street Journal.

Though the bulk of his mid-life was spent on his business endeavors, the vast majority of his heart was poured into his family. Being raised an only child his greatest joy came from having a larger family and loving each one of them passionately. A fierce patriot, Dave made sure that his family visited every state within these United States, recognizing the beauty and wonder our country provided. Whether it was by a customized van with a camper, a train, a plane, or Harley motorcycle he wanted to share our great country with his family. Every experience remembered with affection and embellished stories being shared to the moment of his last breath. Although he worked extremely hard for his business successes, when it was truly important he was always front and center ready to encourage, support, and love his family. Never one to shy away from a great party, Dave was notorious for throwing amazing gatherings that left guest with memories of his generosity and love of life.

People who knew Dave best would admit that he had a forceful personality, but if you were lucky enough to be within his inner circle his love poured out freely. He believed it was his responsibility to pass his good fortune onto those in need, and that extended to many organizations within the West Bend community and beyond. He belonged to various civic organizations, shared generously with charitable organizations, and gave his opinions freely – solicited or unsolicited. Many of his contributions were given quietly with the hope that the impact would be loud. His greatest hope was that he could make the world a little better with his presence.

As Dave was preparing for his final good-bye his family was right by his side – as would be expected. He is now in the loving arms of our Lord, wife Nancy Clark, daughter Liz Johnson , mother Ruth Weiland, step-father Bill Weiland, father Donald Clark, and many other family and friends that preceded him. He left behind many people who will always love him: son David “Skip” Clark (Cindy), daughter Kimberly Schmidt, daughter Christine Uelmen (Matt), grandchildren Hannah Schmidt, DJ Clark, Bennett Schmidt, Matthew Clark, Alyssa Clark, Ruth Uelmen, Ella Uelmen, and JJ Braatz, son-in-law Korey Johnson, and way too many family and friends to mention individually.

A celebration of Dave Clark’s life will be held at Myhrum-Patten Funeral Home in West Bend on his birthday, Friday, December 13, 2019 from 4:00 p.m. until 6:00 p.m. following a private family Christian celebration. In Lieu of flowers, Dave would love a gift of remembrance given in his name to any charity that warms your heart. His favorites included the Boy’s & Girl’s Club of Washington County, ALS, and the American Heart Association. However, the greatest gift you could give in memory of Dave Clark is to spend time with your family and tell them how much you love them each and every day. A special thank you goes out to Lawlis Hospice for their compassionate care and never ending support.