September 2, 2019 – On Saturday morning, August 31, 2019, Elizabeth “Betty Ann” Roskopf passed away peacefully at the home of her daughter, Patricia and Gerald Kohn, with her family at her side at the age of 86. 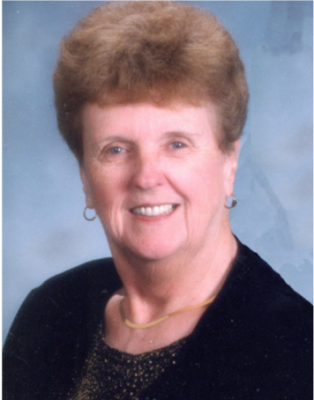 Betty Ann was born on April 23, 1933 to James Heagney and Margaret Snyder Heagney in Milwaukee. Upon graduation from Divine Savior High School in 1951 she met the love of her life, Roman Roskopf. They were united in marriage on January 19, 1952, at St. Mary’s Catholic Church in Menomonee Falls. Betty Ann and Roman owned and operated Romy’s Restaurant in Menomonee Falls, Roskopf Ford-Mercury of Mayville, and also farmed in the town of Herman. Betty Ann loved quilting, crafts, and enjoyed winters in Zephyrhills, Florida.

A Mass of Christian Burial will be held at Noon on Friday, September 6, 2019, at St. Mary’s Catholic Church, 302 S. German Street, in Mayville. Rev. Thomas Biersack will officiate and burial will follow in St. Mary’s Cemetery in Mayville.

Betty Ann’s family will greet relative and friends at the church on Friday from 10:00 a.m. until the time of Mass.

The Myrhum Patten Miller and Kietzer Funeral Homes have been entrusted with Betty Ann’s arrangements.