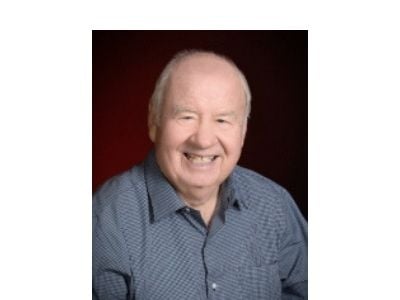 Gene was born August 3, 1937 in WI to Benjamin and Esther (nee Wiegert) Hoerth. He was united in marriage to Patricia “Pat” Schoebel on May 9, 1959 at St. Mary Catholic Church in Woodland, WI.

Gene worked at Hartford Union High School in the maintenance department for over 35 years before retiring in 1995. Gene enjoyed going up north to Squaw Lake in Lac du Flambeau and fishing at many local lakes. He loved to travel, especially, to many different destinations around the united states and the world including Arizona, California, Florida, Germany and Austria. He also attended many Polka festivals in Wisconsin, Minnesota, Iowa, Nebraska, and Michigan.

Gene was preceded in death by his parents; brother-in-law Jack Schoebel.